FunkyDuino. Or, How I learned to stop worrying and built an annoying Funky Town music box.

A little over a year ago, I purchased an Arduino to play around with. At the time, I was writing a (intentionally bad) Rubik’s cube solver, which was designed to allow a user to take some pictures of their Rubik’s cube and receive a guided walk-through for a fairly inefficient solution. My ultimate goal for the project / Arduino, was to drive a simple robot that would perform the task of both imaging the cube and solving it for me. However, because I like the idea of useless robots more than useful ones… I planned for the robot to re-scramble the cube after solving it, in order to make it a Sisyphean Rubik’s cube solver.

In the end, I ended up shelving the project before I really even learned how to use the Arduino. However, since it’s still pretty early in this year, and since I’ve been trying to both learn new things and to make progress on old projects, I have recently picked the Arduino back up. There’s no guarantee that I’ll get around to making my Sisyphus solver, but it’s still fun to play around with the board.

In that spirit, I’ve recently begun playing around with some much simpler projects for the Arduino, and the other night, I spent some time hard-coding the notes to Funky Town into it:

For the curious, I’m including code and a close-up of the board so anyone interested can work-out how to set up something similar. My solution for the musical portion is pretty inelegant, but hey, it does what it says on the tin…. it plays Funky Town 😃. The set-up only requires an Arduino, one push button, a 10kΩ resistor, and a piezoelectric buzzer. The buzzer is controlled on pin 8, and the button is attached on pin 2. The code for the board can be downloaded here (it’s not terribly elegant!), and the following image provides the layout: 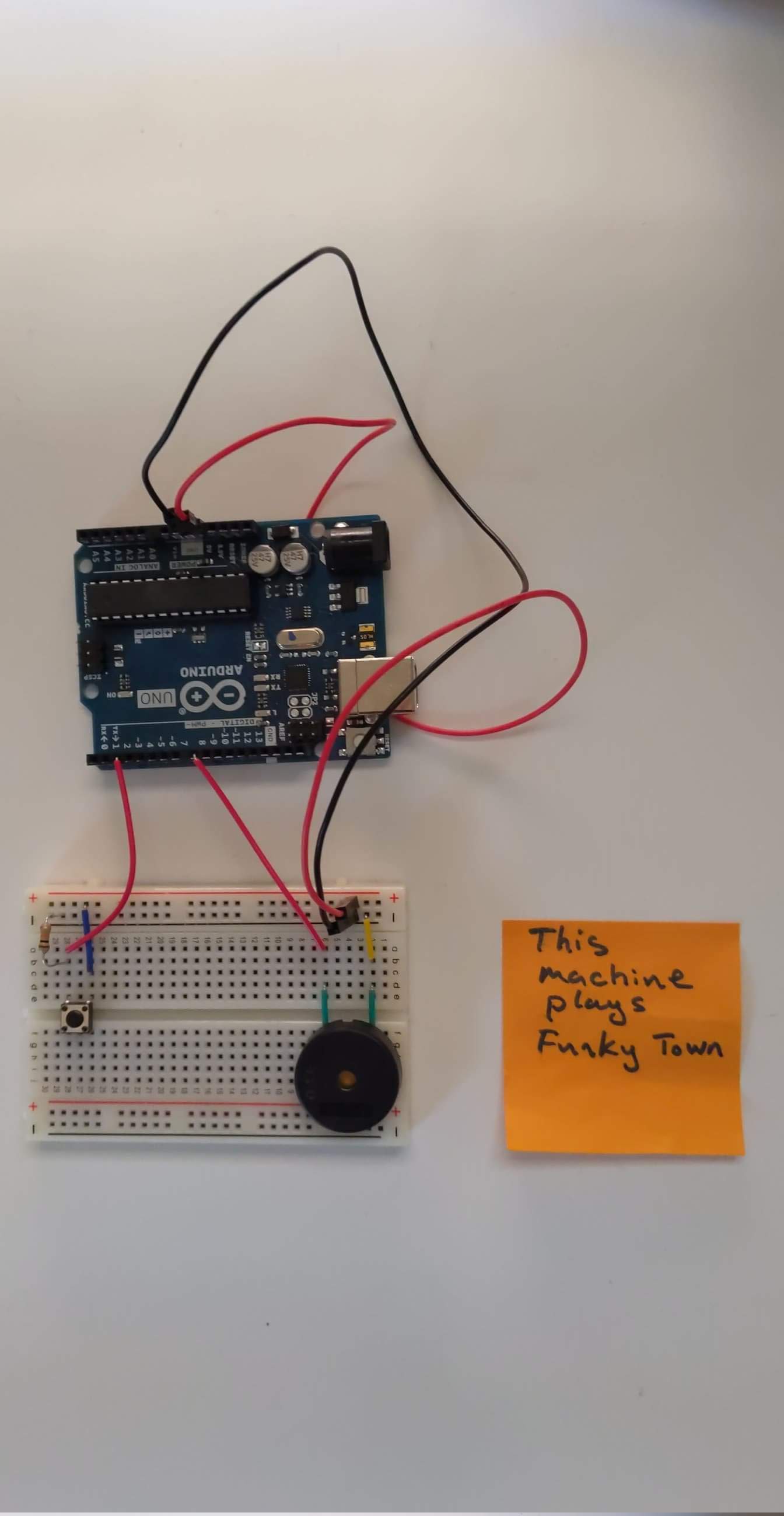